THE TREE THAT WENT TO SCHOOL

This was an amazing initiative by the Sarjapura Residents Welfare Association team in Bangalore. The desire to save a few trees, spurred action which brought in crowdfunding at such a fast rate that the whole team was left reeling in surprise!

Road widening marked a death sentence to massive old trees; but the mighty perseverance of a small group of citizens resulted in a few being successfully transplanted – some of them going to a school nearby.

Our objective was purely to document the project in a small way for ourselves. A few keepsakes of a wonderful event – that we had in a small way been a part of formulating and ideating – being residents of this area.

But as soon as we began, it was clear that the energy around this was so much mightier than we had initially anticipated. And instinctively we began shooting videos, being with the team for the three days and nights over which the entire process unfolded.

Piecing together this footage was a labour of love, touching us emotionally on many instances – and something we are indeed proud of. 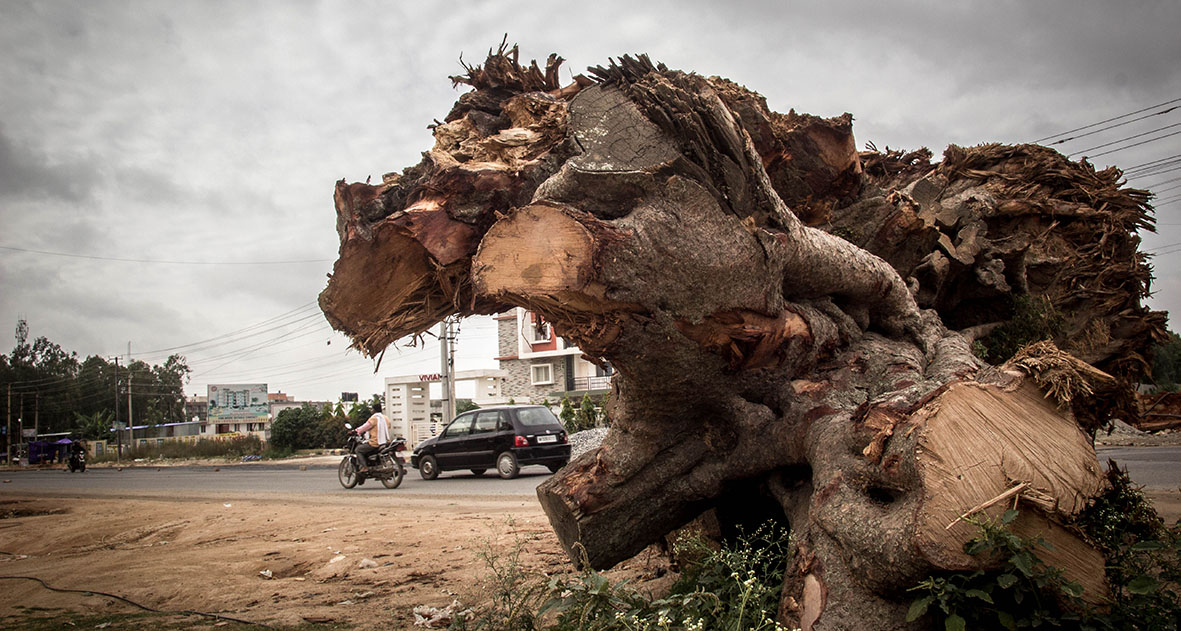